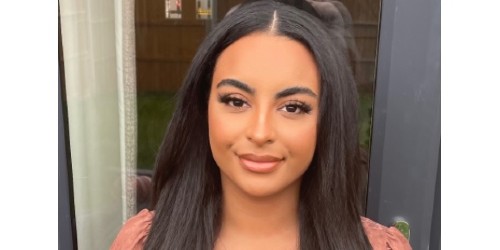 This blog was originally posted on the Students' Union website.

The impact and progress that the England men’s football team have made this year, both on and off the pitch, has been truly inspiring. From playing their way into a major tournament final for the first time in 55 years, to standing up for social change by taking the knee against racism and inequality and securing free school means for children from low-income families, this team has represented the very best of modern British society by working hard, showing a spirit of togetherness and proudly wearing their values alongside the three lions on their shirts.

I’m sure that the vast majority of the public have, like me, absolutely loved watching this group of players carry the hopes of a nation as they progressed through this tournament. While it was heart-breaking to see them lose in the final, most will have nothing but admiration for the team to get as far as they did.

However, the racist responses that I’m sure many of you will have seen on social media as a result of England losing a game of football was nothing short of appalling. Racist dialogue has no place in our society – not on our streets, campuses, football stands or social media platforms. It is disgraceful how quickly so-called “fans” can resort to racism as a means to vent their sporting frustrations. Especially as we reflect on an act of racist violence that sparked a Black Lives Matter protest movement just over a year ago today. To all those who questioned if players needed to continue the taking-of-the-knee of the knee to highlight racial inequality and discrimination - well, here is your answer.

Sadly, the events of the last 48 hours have shown there is still a long way to go before the scourge of racism is removed from our terraces, and from society in general.

Losing a game of football – we can accept. Racism, we never will.

Read the joint statement about online racism from the University and SU here.