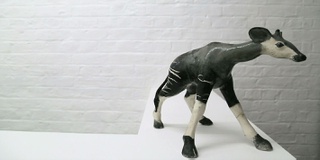 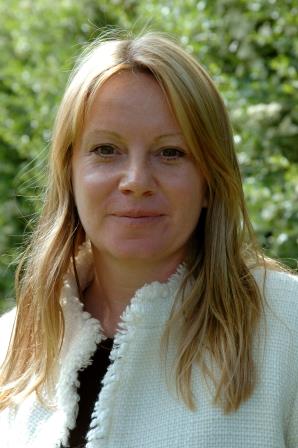 With UEFA’s Women’s Euro 2017 finals underway, women’s football is currently in the sporting spotlight. Professor of Sport Jean Williams takes a look at the history of the game, which once saw women banned from competing.

In the August 1869 edition of Harper’s Bazaar, a group of fashionably dressed young women were shown kicking a football about with great verve, and holding off their opponents in pursuit of the ball.

Subtitled, ‘The Girls of the Period-Playing Ball’ this illustration suggested that ‘kick-abouts’ or ‘pick-up’ games could involve girls and women as well as men and boys at this time. However, this is a very difficult line of research to pursue in seeking to verify the evidence.

Although the game has been widely considered an enthusiasm of public schoolboys and the working-man, women also have a long history of engagement with football. Nevertheless, that history remains largely hidden from the popular and academic literature on the subject.

Just six years after gentlemen and scholars formed the Football Association in 1863, female players were sufficiently topical for readers of Harper’s Bazaar to consider their enthusiasm as entertainment. While this overview of the history of the women’s game does not claim that this is evidence of an organized match as early as 1869, the excerpt is suggestive of a rich topic that remains under-researched.

One reason that the history of women’s football has only more recently become more widely known is that the FA saw itself as regulating only male players.

After a period of significant minority activity, between 1881 and 1897, when the first organized matches were recorded and women’s football grew in popularity, female matches took centre stage between 1917 and 1921.

In response, the Consultative Committee of the Football Association passed the resolution that:

‘Complaints have been made as to football being played by women, the Council feel impelled to express their strong opinion that the game of football is quite unsuitable for females and ought not to be encouraged.

Complaints have also been made as to the conditions under which some of these matches have been arranged and played, and the appropriation of the receipts to other than Charitable objects. The Council are further of the opinion that an excessive proportion of receipts are absorbed in expenses and an inadequate percentage devoted to Charitable objects. For these reasons the Council request the clubs belonging to the Association to refuse the use of their grounds for such matches (FA Council 1921: 3).

The FA Council repeatedly reinforced the ban, most noticeably in 1946 (The Football Association 1946: 7).  Some years later, the official historian of the FA, Geoffrey Green, was able to dismiss women players as rather irritating and as much of a blight on the game of football as gambling, commercialism and cheating.

There now remain a few subjects upon which the FA have taken a definite stand from the beginning and remained unwavering in their attitude towards them. Amongst these may be counted Women’s Football, Greyhound Racing, Betting and Rough Play (sic) (Green 1953: 533).

In this, Green neatly overlooked the fact that the amateurs of the FA had quickly given over to the professionals of the Football League, formed in 1888, and football had been a highly commercialized form of spectator entertainment since this time.

What does seem clear is that the ban changed football, not just the women’s game but also the men’s game too, as the gendered labour markets of the sport came to define its public face.

Though the ban did not spread to all of the national governing bodies of world football, as defined by FIFA membership (formed in 1904), it was only in 1969 that women were integrated into the existing systems of governance.

In England, the women's Football Association (WFA) was created in 1969, providing a catalyst for collective action in what had previously been an unregulated and self-determining activity. This chronology remains open to revision and refinement however. There is also some evidence of a continuity of interest in women playing football world-wide from the first recorded games in the 1880s.

Now, with the semi professional, and professional players of the Women’s Super League, more women than ever can begin to earn a living from football. However, even though some would call it the ‘fastest growing team sport for women’ with over 30 million players globally, these figures also show that only a tenth of players world-wide are female. That is the enduring challenge set to the image of football as a result of England’s 50-year ban.

Jean has also authored a number of shorter articles including: