Trump's vendetta against the US media is about political survival

The on-going toxic vendetta between President Trump and the American media establishment (New York Times, Washington Post, CNN, and NBC etc.) regarding fake news, alternative facts, lies and hypocrisy has to do with only one thing: political survival.

For better or worse, the election of Trump as President provoked a violent shift on US media landscape dealing in the process a heavy blow to the confidence, prestige and gravitas of the American media establishment. A media establishment which, it has to be said went during the election campaign to great lengths to belittle, ridicule and stigmatise Trump’s political image.

There were times during the campaign, particularly after each television debate when the spectacle of Trump’s total and destructive humiliation by the mainstream media outlets resembled clips from the recent BBC Planet Earth documentary where leopards were hunting in the city and stalking through the undergrowth to grab piglets in the dead of night.

It was somewhat inevitable that such an over-the-top demonization, even by American Presidential election standards, were to backfire as demonstrated by the 63 million Americans voted for Trump on 8 November 2016. If the ordinary American voters who live in the Mid-West in Oklahoma were before the election campaign sceptical of what they regarded as a distant, snobbish, Washington and New York political and media elite, they became contemptuous after the vicious treatment Trump received from the media outlets after each televised debate with Hilary Clinton. 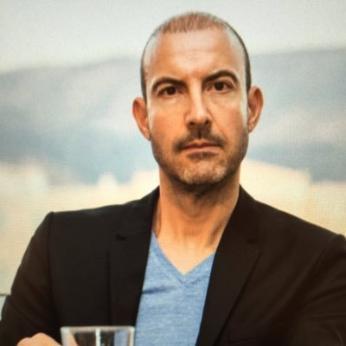 That said, I still have serious doubts whether Trump would be right now in the White House if the US media establishment had not been so grossly overzealous in their attempts to demonise him and subsequently victimise him. And the same doubts, it seems that both the Publisher and Executive Editor of the New York Times have had when soon after the election penned – to their credit – an open letter to their readers, basically a self-critical  reflection on the paper’s coverage and reporting and promising “to rededicate ourselves to the fundamental mission of Times journalism”.

Sadly, I feel that it is rather late for journalistic rededications with the White House being occupied by a belligerent, despotic and vindictive President Trump who in the age Twitter, feels no need to make peace with the media establishment as he does not depend on them in order to reach his audience. He can do that very easily through his Twitter feed and frame his own messages on his own terms as he did two days ago when he tweeted from Florida to his 25 million followers calling the US news media “the enemy of the American People.”

Donald Trump is for the American political/media/academic intelligentsia what is Brexit for the UK’s intelligentsia: the worst thing that could happened to the country. But, it is a fact of life whether one likes it or not. At least, the Americans have the option to remove Trump from the White House, should they decide that he is not suitable.

As things stand, I don’t think there is any doubt that after Trump’s surprising electoral victory, the genie is firmly and irrevocably out of the bottle and the almost daily war of words clearly shows the intention of the White House to pursue an all-out confrontation against the media establishment. And the reasoning behind this, I think, is a simple one. For Trump and his strategists, having come out of the election campaign media onslaught  politically alive and victorious,  their only option  is to keep the upper the hand and keep raising doubts about the media’s motivation, veracity and wisdom.