Professor Kate Moss and Lynn Ellison, from the University of Wolverhampton’s Law School, take an in-depth look at Article 50.

Before the EU Referendum, some were concerned that too much power had been taken out of the hands of Parliament and given over to the EU. One of the main ideals of the ‘Leave Campaign’ was to restore and enhance Parliamentary Sovereignty – the ability of Parliament to make or unmake any law without being questioned (by UK or EU courts). 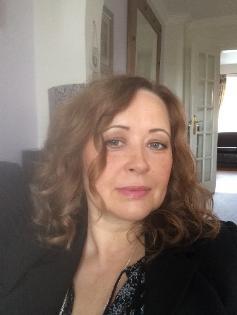 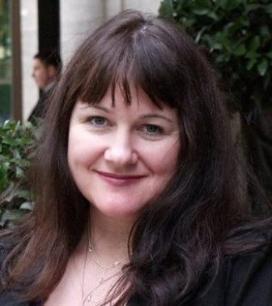 Ever since the EU referendum, there has been speculation about the constitutional manner in which the UK will actually extricate itself from Europe. Prime Minister Theresa May’s Government suggested the plan was to leave by March 2017 and that an executive decision could be made by the government to facilitate this, based on the use of the Royal Prerogative – a power dating back to a time when ultimate authority lay with the Monarch but which now refers to the residual powers that are left with the Executive (the Government) and exercised in the name of the Crown.

But is this possible?

Amongst those who think not are several claimants including Gina Miller and Dier Dos Santos who in October lodged a judicial review application on the basis that the government’s suggestion that they could use these ancient executive powers to exit the EU without Parliamentary assent, was actually unlawful. In order to leave the EU, the provisions in Article 50 of the EU Treaty of Lisbon must be triggered.

The question is; who can do this?

Is it only Parliament as the sovereign lawmaker that can, or is it possible for the Prime Minister to do this using as she suggests, the Royal Prerogative? Whilst it is true that the royal prerogative has been used in matters concerning foreign policy, defence and national security (indeed Margaret Thatcher used it successfully to prevent workers at GCHQ joining a trade union) amending a Parliamentary Act requires parliamentary consent and without that, the claimants propose the Government would be ‘riding roughshod over the statutory rights of the people.’ Indeed it was LCJ Lord Coke who famously said; ‘the principle is well established, that the Royal Prerogative ... exercised by Her Majesty on advice of Ministers, does not extend to altering common law or statute.’ The United Kingdom joined the European Union by way of the European Communities Act 1972, an Act of the sovereign Parliament. This Act cannot be repealed by the executive action of the Prime Minister alone.

So what is the current position?

Three of the U.K.’s most senior judges heard the challenge on 3rd November. This was a landmark decision because it has the potential to limit the Government’s Executive powers - it also demonstrates our final important constitutional chestnut – the Separation of Powers, a principle meaning that in the interests of accountability the Courts, the Executive (Government, Prime Minister, armed forces, Civil Service) and the Legislature (Parliament) are separate and have separate powers and that the court can thus sit in judgment on whether the Government’s suggestion to use the prerogative to exit the EU is lawful or not.

That only Parliament can trigger Brexit by notifying Brussels of the UK’s intention to leave the European Union.

For now, a Government spokesman said ministers would appeal to the Supreme Court against the decision; the hearing will take place on 7-8 December. For Constitutional lawyers it emphasises for the moment at least, that the most fundamental rule of the UK constitution is that Parliament is Sovereign. In real terms it will certainly slow the pace of any potential departure from the EU.

The case is The Queen on the application of Santos & Miller v. Secretary of State for Exiting the European Union, case numbers CO/3281/2016 and CO/3809/2016, in the High Court of Justice of England and Wales, Administrative Court.