The Rise of Cyberbullying 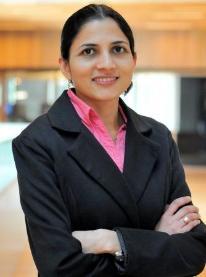 f social networking has undoubtedly changed the way the world communicates. No longer do we need to resign ourselves to the fact that we will lose touch with our college friends after graduation or fear that if our kids move too far from home we won’t see our grandchildren grow up as in a few clicks of a button we can see, hear and talk to our hearts desires. However for all the positives these new mediums have brought about there is a dark underside called cyberbullying that has taken previous forms of harassment to a whole new level.‌

Cyberbullying is one of the most important security concerns around the world affecting millions of people, in particular teenagers, and is defined as “an aggressive, intentional act carried out by a group, or an individual, using electronic forms of contact repeatedly and over time, against a victim who cannot easily defend him/herself” (Smith et al., 2008).

Most of us over the age of 20 could not imagine growing up in a world where the playground bully could still taunt us in the safety of our own homes, worse still, complete strangers trolling us for no apparent reason. It’s no surprise that cyberbullying has been identified to have extremely negative impacts on victims by not only undermining confidence, self-esteem and sense of security but also affecting performance and attendance at school. Being on the receiving end of such abuse causes stress affecting health; affecting professional reputation and career; marginalising certain groups and fuelling prejudice in areas such as race, religion and sexuality. Ultimately in many this has led to suicidal thoughts; and, in the worst scenario, resulted in suicidal attempts or lifelong suffering.

So how do we tackle this heinous phenomenon?

Here at the research group in computational linguistics based at the University of Wolverhampton we have been working towards innovative ways in which we can use technology to outsmart these abusers. Our research focuses on teaching computers how to identify early warning signs of abusive communication through automatic learning of features, clues, and patters of cyberbullying related contents using natural language processing and machine learning. We are interested in developing predictive models to identify emerging cyberbullying activities in social networks, and identifying the most influential bullies and the most offended victims.

Cyberbullying detection provides a positive impact on people’s lives. When bullying takes place in a virtual space, it is difficult for adults to monitor the actions of young children/students. Having an automatic system in place that can detect early signs of suspicious abusive and offensive messages, and which can alert users or a moderator of its repetitive occurrence can enable better prevention of potentially tragic outcomes, including suicide attempts by the cyberbullying victims.