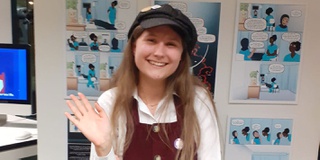 The principle of solidarity can prevent the death of migrants

The death toll of migrants at sea has increased over the summer.  The dramatic situation is mainly caused by the conflicts in Syria, and the unstable situations in Afghanistan, Iraq and Eritrea.  Recently, the central Mediterranean Sea route (from Libya to Italy), has seen a decrease whilst the Eastern Mediterranean route (from Turkey to Greece), has seen a surge in the arrival of migrants and refugees.  The change in the route was necessary because of the chaotic situation in Libya where authorities are not able to control anymore the immigration in-flows.

The EU is focused on controlling the borders rather than adopting a common policy on immigration that could decrease irregular migration by sea and the exploitation of desperate people by criminal organisations, which smuggle them from Africa to Europe.  The situation will not improve until the EU and its Member States will launch the principle of solidarity, expressly established by Article 80 of the Treaty on the Functioning of the European Union (TFEU).

The principle of solidarity would contribute to reform the Dublin Regulation 2014 which currently does not permit family reunions.  The Dublin Regulation 2014 should also be reformed as there are Member States which claim that the burden to evaluate the asylum claims and applications is only on them.  A country such as Italy is not justified in making such claims.  Indeed, its central position in the Mediterranean Sea should have at least suggested to the Italian government and previous governments that, at some point in history, they could have experienced a high migration in-flows from African countries.  Many parts of Africa are devastated by wars and poor economies. Italy is the closest country to Africa and Italian governments should have established hosting centres for potential asylum seekers since 1991.  That year, Italy faced an uncontrollable migration in-flow from Albania and the Italian government was not prepared to tackle the situation.  However, since 1991 the EU has developed a common asylum policy which, despite its limits and needs for reform, could have supported the Italian asylum system.  Instead, during these years, the different Italian governments have merely concentrated on fighting against illegal immigration by closing the frontiers and not by adopting a policy aimed at integrating migrants who were already there and refugees whose claim had been successful.

Other Member States have adopted the same policy and the phenomenon has become very difficult to resolve.  Member States have not cooperated with each other to develop common immigration and asylum policies as they have focused on establishing a “Fortress Europe” which has fed the criminal organisations.  These organisations take advantages of gaps and lack of cooperation between EU Member States, to smuggle migrants (asylum seekers and otherwise) into the EU, where they leave by absconding themselves and where they eventually become victims of human trafficking to repay the price for their journey: forced labour and sexual exploitation.  France, Germany and the UK have simply concentrated on detecting irregular migrants.  The UK has taken a closed position against European policies on immigration and asylum.  They have a ‘pick and choose’ position which permits them to opt out from Schengen and from all policies on immigration and EU police and judicial cooperation.  However, they called for the EU support when they found themselves faced with the emergence of Calais during the summer 2015.  At that point, they realised that their isolated position makes them vulnerable to uncontrollable migration in-flows.  All Member States should rethink of their policies and adopt solidarity between each other.

The principle of solidarity should also be launched to develop an adequate EU external policy and relationship with organisations such as the African Union.  The EU external policy has failed in the past because it only focused on readmission agreements with countries of origin.  However, most of these countries were not prepared to accept their nationals back.  Indeed, some countries of origin did not sign these agreements and others deprived their nationals of citizenship to prevent them to return at home.  The result is that only 40% of migrants who cannot claim asylum can be returned to their countries of origin.

In the past, the EU has also signed agreements with Libya.  These agreements have been signed despite the lack of respect of human rights in Libya during the Gheddafi regime, which has constantly been in breach of the fundamental rights of migrants who landed in Libya from Africa.  When I visited the island of Lampedusa, I met many women, men and children who had suffered very serious abuses in Libya.  The EU has permitted all this and it is now time to change.  The EU should sign cooperation agreements with the African Union to establish common rules on the respect of human rights.  The establishment of common rules as such, should be the first step to launch police and judicial cooperation to fight against smugglers of migrants based in different African countries.  It should also be the first step to take before adopting relocation agreements of asylum seekers and refugees.  This is because it is unacceptable to propose to relocate migrants in Niger, as the EU has proposed, where there are serious violations of human rights.  These violations should be stopped before relocating asylum seekers and refugees.  Finally, external agreements between the EU and African Union should concentrate on developing the economies of African countries.  Economic development could be an effective way to prevent people from leaving their countries of origin and accept to travel by poor means where they put at risk their life and the lives of their families.  The EU cannot continue to tolerate this loss of human lives anymore.  Poor people should not be blamed and refused just because they are poor.  They should be given the opportunities to become rich in their countries otherwise all the propaganda against immigration will simply be a form of racism because it is not backed up by adequate policies.